Cultivating the principles of a company's culture - Financial Times

Reid Hoffman, the billionaire Silicon Valley investor and LinkedIn co-founder, said that starting a company is “like jumping off a cliff and assembling a plane on the way down”.

While Expliseat became successful, after a few years Samuelian-Werve, 33, began to look for a bigger challenge. He found it in healthcare, which has long been one of the toughest industries for tech entrepreneurs to crack.

Alan, the Paris-based start-up he now leads, started out providing health insurance through employers but it has broader ambitions to become a one-stop shop for health and wellness. Its “super app” provides services ranging from preventive care to chatting live with doctors and swapping parenting tips with other members.

“We believe technology can simplify, remove friction and increase fairness over time,” Samuelian-Werve says. The five-year-old business now has some 155,000 members across 9,400 companies, driving revenue to an annualised run rate of more than €100m.

But as well as building the technology behind its products, Samuelian-Werve and his co-founder Charles Gorintin (a former Twitter and Facebook data scientist) have been just as deliberate in how they constructed Alan’s organisation and operating principles. Samuelian-Werve is also one of two advisers to French President Emmanuel Macron’s Scale Up Europe initiative focused on improving diversity of tech talent and the future of work.

“From day one there was a tonne of experience and maturity and thoughtfulness,” says Jan Hammer, partner at Index Ventures, an early investor in Alan. “They not only built Alan day by day . . . they also made an investment into how they built themselves.” Rather than make up the rules as they went along and scramble to defy gravity, as Hoffman’s maxim implies Silicon Valley start-ups typically do, Samuelian-Werve crafted a handbook of the company’s leadership principles that sought to define Alan’s culture.

Drawing inspiration from management techniques at the likes of Netflix, Stripe and Amazon, the 75-page handbook (written in the note-taking app Notion so that it can constantly evolve) is issued to every new starter at Alan as part of their onboarding process.

Its five leadership principles include Silicon Valley staples such as putting members first and “fearless ambition”, but also more unusual concepts such as “distributed ownership” and “radical transparency”.

Rules such as comprehensively documenting every decision and encouraging “asynchronous” communication are seen by a growing contingent of the tech industry as a way to manage a post-pandemic workplace, where many teams are distributed and only a minority of staff will be in the office together at any one time.

One piece of advice on handling a problem — or “deadly snake” — is borrowed from Jim Barksdale, former chief executive of browser pioneer Netscape: “Don’t form a team, don’t get a meeting together . . . Just kill the snake.” It then adds: “All opportunities start out looking like snakes.”

Meetings are all but banned at Alan, for inefficiency and lacking transparency. Instead, “Alaners” are urged to write everything down using tools such as Notion, messaging app Slack and code management tool GitHub.

This even includes a central database of every employee’s pay and stock options, accessible to all. “In my first company, we were not super transparent and I felt very not at ease personally,” says Samuelian-Werve, pointing to Intel’s founders as the inspiration for the policy.

“When creating Alan, we wanted to be accountable for every decision we made in the company, and we felt salary and equity should be a part of it . . . If I’m not comfortable explaining [a pay decision], it’s because it’s not fair, and if it’s not fair, I should not do it.”

These principles were put to the test a year ago when Alan’s then head of finance, corporate and regulatory compliance approached Samuelian-Werve to say he was feeling overwhelmed and suggested hiring a new chief finance officer. “He knew he was spread too thin, which is also linked to our principle to be focused on one ‘A+ problem’ at a time,” recalls Samuelian-Werve.

The timing was not ideal for a change in the senior leadership team. The first coronavirus wave was mounting, so the company was trying to add relevant new features to its app, and Samuelian-Werve’s partner had just given birth to their first child.

Thanks to the rules Alan already had in place, managing the departure from the office was “super straightforward”, says Samuelian-Werve. App updates including a Covid symptom checker and video chat were shipped in as little as a week. “Distributed ownership means you trust the team to make the right calls when they have the right context . . . It empowered the team to make decisions very quickly.”

In my first company, we were not super transparent and I felt very not at ease personally

Samuelian-Werve and his team were then able to sit down and figure out who they wanted as their next CFO. It examined its GitHub archives, looking through 9,000 decisions, for guidance. Samuelian-Werve met with current and former CFOs at Spotify, Netflix, Adyen and Google for advice.

“We used prose to define in a few sentences what kind of person we wanted,” he says: someone with foresight and vision to help financial KPIs become more useful to the rest of the organisation. “We wanted the person to be deeply analytical and an optimist,” he says.

After a wide search for candidates and recommendations from other tech CFOs, the lead contender was sent a list of questions to see how they responded using the written word, then invited for a day working with the team (via video conference) on a simulated project.

“It allows us to see them operating live and allows them to discover our culture from the inside,” says Samuelian-Werve. “It’s a really big move when you join a new company, especially one that is as opinionated as we are on culture.” Only about 60 per cent of candidates make it through the test day.

In February, Alan hired as its new CFO Sergei Galperin, who had spent 15 years at JPMorgan Chase, most recently leading its European fintech team. His first task was to raise Alan’s biggest funding round yet. 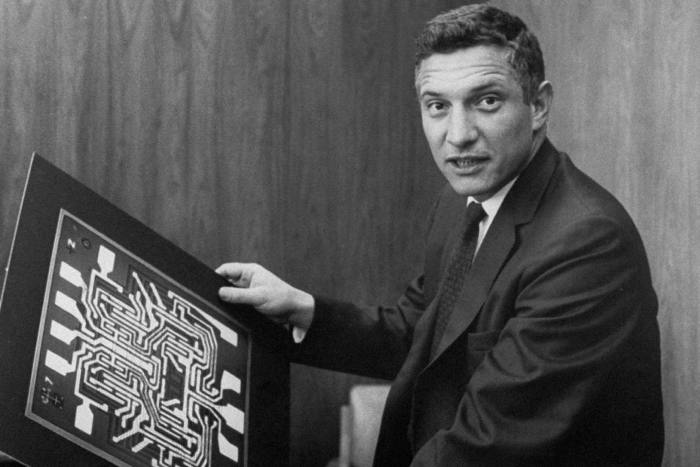 Who is your leadership hero?

I think it is the combination of the long-term member obsession of [Amazon founder] Jeff Bezos with the egalitarian and transparency approach of Robert Noyce [pictured above, co-founder of chipmakers Intel and Fairchild Semiconductor and an inventor of the integrated circuit].

If you were not a CEO/leader, what would you be?

I’d like to be a photographer, because it mixes having an opinion on the world, being creative and mastering technicity to unleash creativity.

What was the first leadership lesson you learnt?

Everyone has a different perspective of the very same situation. You must recognise what the limitations of your reality are, and what is the reality of others, if you want to find solutions.

“When we have newcomers in our teams, they are surprised by the level of trust and power we give them from day one,” says Samuelian-Werve. “Organising a fundraising forces you to go deep into the business.”

Galperin dived into Alan’s extensive archives. Alan’s onboarding strives to minimise potential information overload, by providing guidance on where to look for particular details, how to manage notifications and building a to-do list. Samuelian-Werve himself keeps his iPhone in distraction-minimising greyscale mode about half the time and turns off the constant notifications that many CEOs feel they need, to be responsive to their staff.

“If people need me to make a decision in a minute, then my company is poorly organised,” he explains.

In April, Alan closed a new €185m round of funding, valuing the company at €1.4bn, completing the journey that began a year earlier. Samuelian-Werve and Galperin are still yet to meet in person. “It felt normal because it is so much in line with who we are and how we operate,” he says.

Despite all the consideration that has gone into the way Alan is run, Samuelian-Werve admits that he has not managed to totally avoid the chaos typical of a start-up: “As a fast-growing company it’s never very calm.”

5 Will America’s housing boom lead to another financial...