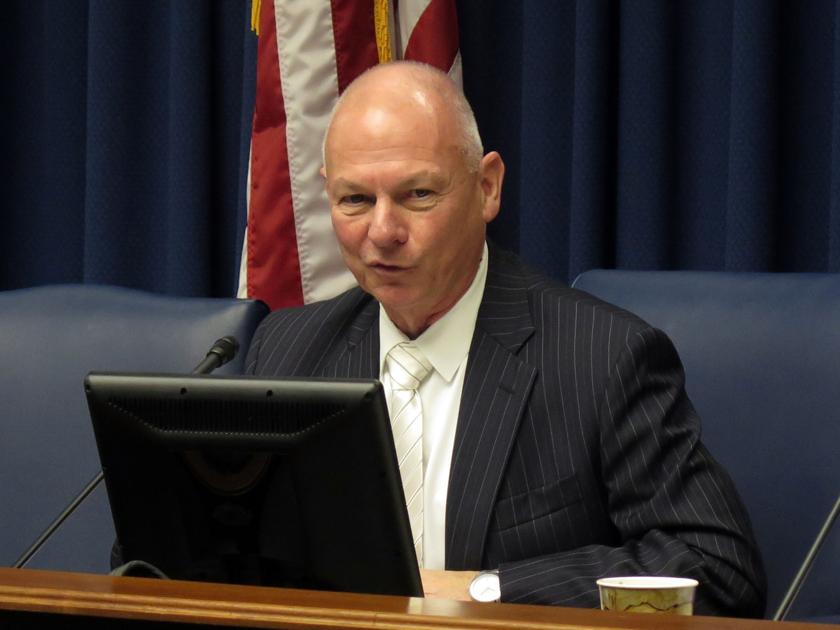 Ronnie Jones, the former top gambling regulator in Louisiana who was ousted from his post last summer, is taking a new job as an advisor to the British gaming firm Entain, helping the company navigate the U.S. regulatory process as it expands a sports betting venture.

Jones, who served as the chair of the Louisiana Gaming Control Board from 2013 until last summer, said Entain approached him in the fall, asking if he would serve on an advisory panel made up of former gaming regulators from several states. The work is focused on Entain’s U.S. sports betting business, a joint venture with MGM International Resorts.

The Louisiana Board of Ethics last week gave Jones the green light to do the work, after Jones asked for an advisory opinion about whether accepting the job would violate state ethics laws. Those laws bar former agency heads and board members from working for companies with business before their former agencies.

“My question to the Ethics Board was pretty clear cut,” Jones said in an interview. “Can I go to work for these people? I never regulated these people, they were never licensed here.”

Jones was unceremoniously removed from his job as chair of the Louisiana Gaming Control Board last summer, when state Sen. Karen Carter Peterson, D-New Orleans, vetoed his reappointment to the board in a surprise move that blindsided Jones and put her at odds with Gov. John Bel Edwards, who had nominated him. Jones was originally appointed by then-Gov. Bobby Jindal in 2013, after a 33-year career with Louisiana State Police, and was generally well-regarded.

“After 45 years of serving the state I was hoping I could continue that service for a year or two,” Jones added in a text message. “Unfortunately and surprisingly I found no support for that from others. But much later doors began to open and I will be better for the lessons I have learned.”

In the fall, after stepping down as Louisiana’s top gaming regulator, Jones said he was approached by several companies with job opportunities. But taking one of those jobs would have run afoul of state ethics laws because most of the companies had had business before the Gaming Control Board when Jones was the chair.

After getting approval from the Ethics Board last week, Jones said he took the job with Entain Monday. He added he wants to “strictly follow the law,” and vowed not to represent their interests before the gaming board or to lobby the Legislature or governor. A request for an advisory opinion from Attorney General Jeff Landry is still pending, according to a spokesperson for Landry.

Entain is partnered with MGM Resorts International, the U.S. casino giant, in a sports betting venture called BetMGM, which bills itself as a “market leading sports betting and gaming entertainment company, pioneering the online gaming industry.”

Sports betting is currently illegal in Louisiana. But after voters in 55 of 64 parishes approved the practice last fall, the Legislature is set to debate the details of legalizing it in this spring’s legislative session.

Jones said he doesn’t know whether Entain plans to enter Louisiana’s market, but said “it’s going to be a wide open market” once the state hashes out the details. In his letter to the Ethics Board, he said he would have no role lobbying Louisiana lawmakers or regulators, but instead would use his background as a gaming regulator to “assist the company in establishing best practices generally.”

“It is possible that the entity may subsequently get involved in the Louisiana gaming markets thus requiring licensure by the (Louisiana Gaming Control Board), but they have made it clear that such potential licensure would not require my representation on their behalf before the LGCB, the Legislature or any other subdivision of the executive branch,” Jones wrote.

The Ethics Board’s opinion said state law doesn’t bar Jones from accepting the job on the advisory board, for which he’ll be paid a monthly retainer and reimbursement of expenses. But he is prohibited from “assisting Entain for compensation, in a transaction, or appearance in a connection with a transaction, involving your former agency, the Louisiana Gaming Control Board.”

State Sen. Ronnie Johns, a Republican from Lake Charles, also asked Landry’s office for an opinion on whether Jones’ new job would violate the state law specifically preventing members or employees of the gaming board from representing a company or individual before the board for five years after leaving office.

“I know that he’s never going to do anything unethical,” Johns said. “In all likelihood he did not really need the attorney general’s opinion with the fact the Ethics Board gave him complete clearance. But that’s just the kind of man he is. He doesn’t want to leave anything unanswered or not done the right way.”

Johns said he has “no doubt” the Legislature will pass legislation allowing sports betting, and taxing it, during the upcoming session, and hopes it will be available to consumers by the end of the year.