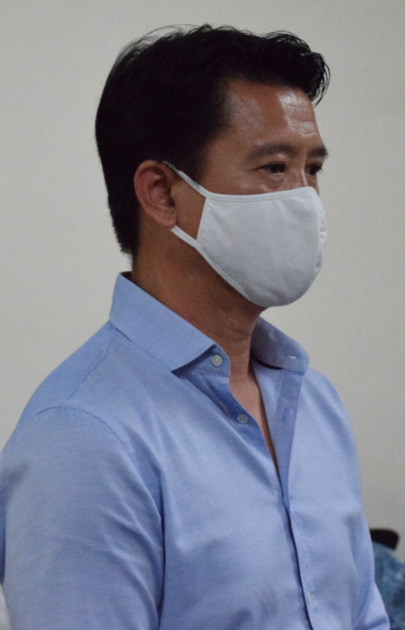 THE Department of Public Works on Thursday ordered Imperial Pacific International to stop work at its hotel-casino construction site in Garapan due to lack of engineers of record and safety inspector.

It was the third stop work order that DPW has issued against IPI. The first was issued on Oct. 9, 2020, and the second was on Dec. 29. Both were due to lack of engineers of record or EORs and safety inspector.

DPW said it issued the third stop work order because 15 days had already passed and IPI still had not complied with the requirement to have EORs and safety inspector at the job site.

Poon provided the commission a copy of a progress report on the construction of the hotel-casino, and reported that IPI’s construction team has 14 management staff members, 171 H2-B workers, and 15 local workers.

Of the foreign workers, 28 who are from Turkey will have to leave the island before the end of the month because their H2-B visas are expiring.

These workers had not been paid for eight payrolls since Oct. 9, 2020, Yeom said on Wednesday.

Casino commissioner Ramon Dela Cruz reads a report during a meeting on Wednesday.

Commissioner Ramon Dela Cruz then told Poon, “That’s why I’m still wondering right now [how you are] able to continue construction when you’re not paying your workers.”

Yeom told Poon that it is “alarming and very concerning” that amid the lack of workers due to IPI’s failure to pay them, and DPW’s stop work orders, IPI’s time to meet the deadline is running out.

“If there is no further amendment to [the licensing agreement], obviously there will be a serious breach of contract. So I advise you to talk to the necessary body,” Yeom said referring to the CNMI Lottery Commission.

“This is something you need to resolve. Please do something about it,” Yeom told Poon.

Commonwealth Casino Commission Chairman Edward C. Deleon Guerrero said if IPI determines it that cannot finish the project next month, IPI must make a request, and inform the casino commission about it.

In a separate interview CNMI Lottery Commission Chairman Mark Rabauliman, who is also the secretary of Commerce, said they cannot “entertain a request” from IPI if it still has no chief executive officer.

Only the company’s CEO has the authority to represent IPI and make a request, he added.

IPI has offered the CEO’s job to former Sen. Ray N. Yumul who said that discussion was still ongoing. Asked if he will accept IPI’s offer, he said, “We’ll see.”