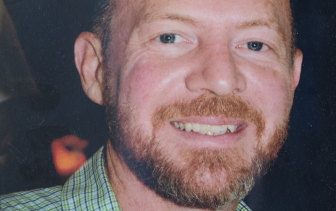 Dominello, best known for his enthusiasm for data, is a zealot when it comes to wanting to clean up the state’s gambling problems and at the heart of his solution is a government-issued gambling card. The card would work like the state’s Opal public transport card, with gamblers required to register and pre-load money on it.

Buried in Bergin’s 800-plus page report was this line, also offering support for a card. “It appears that the very significant utility of the card to assist the problem gambler would not be an issue. It is also obvious that it would be a powerful mechanism to assist in combating money laundering.”

NSW has more poker machines per capita than anywhere in the world, outside of gambling meccas such as Macau, thanks to the changes made under former long-serving Labor premier Bob Carr. Carr is on the record shrugging off any regrets about flooding the state with poker machines. His defence of helping NSW become the poker machine capital of the world is that in 1997, when his Labor government allowed the machines into hotels, no one opposed it.

Of his decision, Carr said in 2018: “I listened to the community and there were hardly strong voices saying then, or saying now, ‘roll it back’. But I acknowledge that there is a stubborn percentage in the community who are captured by dependency on poker machines.”

The pubs and clubs vehemently oppose reform because poker machines are a golden revenue stream. They will want to prevent the rollout of a gambling card for fear it would rob them of millions in profits. In December last year, gaming machine profits in clubs topped $356 million and in pubs it was more than $235 million. Those figures are for one month alone. Compare that to the previous December – well before the COVID recession hit – and there was an overall 6.5 per cent increase in gaming machine profits.

Life-destroying stories, such as the suicide of Gary Van Duinen after a 13-hour pokie bender at northern beaches clubs, clearly show there is an urgent need to tighten problem gambling.

The NSW government also estimates about 20 per cent of money put through poker machines in the state relates to organised crime. Pubs and clubs would dispute this.

Gladys Berejiklilan’s cabinet is divided over Dominello’s proposal. Some ministers support the bold reform but there is concern Dominello is starry-eyed and politically naive in thinking he can take on pubs and clubs. One senior minister put it bluntly: “Of course it is something we should do but the pub and clubs would enlist every Labor MP to oppose it. There are also ministers who are wholly owned subsidiaries of the clubs. I’d love to do it but it would lose us the election.”

Former Labor leader Michael Daley was quick to attack the gambling card, arguing it will devastate the pubs and clubs and cost jobs. He likened the proposal to the government’s ill-fated attempt to shut down the greyhound industry, insisting venues were “ambushed without consultation”.

Behind the scenes, Labor’s treasury spokesman, Walt Secord, has had briefings from the government on its reform plans (he is inclined to support measures around problem gambling) and One Nation’s Mark Latham, who has spoken publicly about his father’s struggles with gambling, backs Dominello’s proposals.

Carr would know overhauling poker machines in pubs and clubs in NSW will be close to impossible. As he told a small audience at a book launch two years ago, “our community has done a bargain with the devil”.

After 10 years in power, the NSW government will never have a better mandate for such sweeping social reform but that is unlikely to be enough to defeat the might of the pubs and clubs. Dominello’s position is clear: “Do we want to be on the side of organised crime or the side of the community”. The answer is obvious. The pathway is politically poisonous.

Alexandra Smith is the State Political Editor of The Sydney Morning Herald.

Most Viewed in Politics